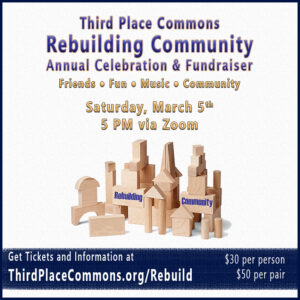 Third Place Commons invites you to join with your community on Saturday, March 5th at 5 PM for the Rebuilding Community Annual Celebration and Fundraiser.

Get your tickets here.

In addition to great music and fun social time, the program will also feature a celebrated guest speaker who knows more than a little about rebuilding community.

Eric Liu is the co-founder and CEO of Citizen University, which works to build a culture of powerful and responsible citizenship in the United States (read more below). Liu also directs the Aspen Institute’s Citizenship & American Identity Program.

Liu’s most recent book, Become America: Civic Sermons on Love, Responsibility, and Democracy — was a New York Times New & Notable Book. He has also authored several other acclaimed books, including The Accidental Asian: Notes of a Native 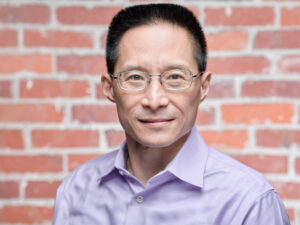 Speaker; The Gardens of Democracy (co-authored with Nick Hanauer); and You’re More Powerful Than You Think: A Citizen’s Guide to Making Change Happen.

He has been selected as an Ashoka Fellow and a member of the American Academy of Arts and Sciences. He is featured on the PBS documentary American Creed and is a frequent contributor to The Atlantic. Liu served as a White House speechwriter for President Bill Clinton and as the President’s deputy domestic policy adviser. He was later appointed by President Obama to serve on the board of the Corporation for National and Community Service. He and his family live in Seattle.

Among Citizen University’s many impactful initiatives is the creation of nonpartisan Civic Saturdays, a nationwide movement 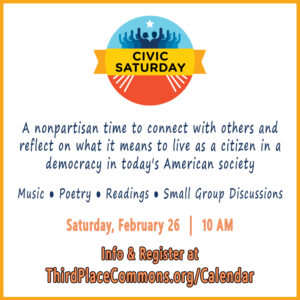 In addition to Civic Saturday, Third Place Commons hosts countless free events to foster and enrich community every year including live music every Friday and Saturday night, book and movie clubs, foreign language groups, and the LFP Farmers Market from May to October. All of which is possible with your support.

So don’t miss your chance to connect with community, have some fun, hear from a great speaker, and help raise vital funds for Third Place Commons and the Lake Forest Park Farmers Market.

Get your Rebuilding Community tickets here.

Next Post: Building Blocks of Community Start with Guiding Principles